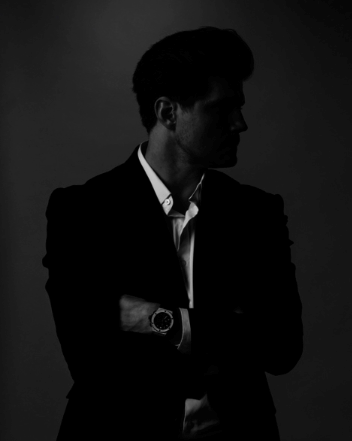 Illinois is a state in USA, bordering Indiana in the east and the Mississippi River in the west. Its also known as “the Prairie State”. it has farmland, forests, rolling hills and wetlands. The capital of Illinois is Springfield, which is located in the central part of the state.

Illinois Exodus or Loss of Population in high rate

According to U.S. census data, the state has lost population in ascending order for six years in a row. If we say, the 2010s are being a lost decade for Illinois, it won’t be wrong. In Chicago, it calls “Illinois Exodus” which means, constant high deficiency in population.

According to official sources, the state has lost 1.2 percent of its population (159,700 people) over the course of the decade. (In 2019, population declined by approximately 0.4 percent.) And city lost more residents in the 2010s too than any other state in USA.

It’s easy to blame Chicago’s dangerous reputation for Illinois’ deceasing population, but for the past three years in a row, violent crime has been on the decline in the Windy City. From 2018 to 2019 the city saw a 10 percent drop in crime. The real reasons are something else.

People are leaving Illinois in droves. Republicans blame the state’s high taxes and its unfunded pension liability. Democrats believe it’s the state’s lack of investment in education and infrastructure.

The main reason behind is, state’s finances and debt. The state spends 25 percent of its revenues on pensions, and several cities (including Chicago) want pension bailouts. That, of course, would just shift the burdens of these cities’ problems statewide. (Chicago is the biggest offender here, with about $42 billion in pension debt across its various public employee funds.)

Taxes are already incredibly high in Illinois, and they keep going up further with time. The state Government imposed or increased 20 taxes in 2019 itself, from a gas tax hike to a new levy on now-legal cannabis sales, there are huge taxes on everything for a normal person of state.

Although, few residents or we should say high authorities trying to impose that government is doing it for state’s betterment. According to them, “Illinois’ unemployment rate is at a historic low and we are continuing to create jobs in every region of the state. Illinois is back and the Pritzker administration is proving that when you build relationships, work together and focus on solutions you can create positive changes.”

I am sure you are wondering whether anybody there just made the connection between state’s dropping unemployment rate and state’s drop in population.

Some of them are hoping “marijuana tax revenues” will make up for the massive budget holes, Illinois is in for a major disappointment because Tax demands for legal marijuana providers in Illinois are extremely high, and pot prices will likely be double those of nearby Michigan (which has also launched legal recreational sales). Illinois’ weed taxes aren’t quite as high as the ones in California.

Illinois spent much of 2010 serving as a warning that states cannot tax themselves into prosperity and cannot thrive by using so much of their budget to line the pockets of government employees. Will this be the decade that the state learns its own lessons?

Illinois’ reputation as a “high tax state” tends to have a life of its own online.

By a local resident, they’re taxing this and they’re taxing that, pretty soon there ain’t nothing left. “Pension fund is so well run, worst in the nation. I’d really like to stay, but I just can’t pay and pay.” He added, “There’s no relief!”

“I swear to God, it feels like I’m living in a socialist state, “We’ve made up our minds. We’re going.”

Are taxes the main reason people are leaving Illinois?

After researching about why a person changed residences in the previous year, we got a few ranges of possible answers, “from foreclosure/eviction to change of climate to wanted better neighborhood/less crime” and “wanted cheaper housing” which shows people’ concern about high taxes.

Since 2008, the most common reason for moving city by people who left Illinois was a new job or job transfer, which accounted for nearly one in three moves. That was also the top reason given by people who moved out of any state in the USA.

Where some people certainly move because of taxes or crime rates, the biggest reasons people usually moves, are jobs, schools and to be closer to family. People also seek out available housing that fits their needs and at the same point more affordable option.

A poll shows that nearly half of Illinois residents wanted to move to another state, due to citing taxes, weather, ineffective and corrupt local government and a lack of middle-class jobs. People even said the state is going in the wrong direction by creating new laws every year but not working towards exact problem areas.

While neighboring states such as Wisconsin and Indiana have “been very good at playing the incentive game,” attracting businesses with tax incentives and infrastructure grants, Considine said the skilled workforce in Illinois “is far and away our greatest strength.”

But in order to keep that workforce competitive, the state must retain educated young people, encouraging them to pursue careers in biochemistry or welding.

The reality, however, is that Illinois has a brain drain problem.

Nearly half of Illinois college-bound public high school students chose to go to out-of-state universities and colleges. When young people go out of state for college, they are less likely to return home after graduation. This is especially concerning for the rural, downstate regions that have been losing residents.

*Not taking significant steps to improve situation of State

On Jan, 1, 2020, more than 250 new laws take effect in Illinois, ranging from legalized recreational marijuana to a ban on animal-tested cosmetics to educating students about consent and safeguarding genetic information.

When you ring in the new year, it’ll be legal to buy and smoke marijuana in Illinois. With the new law’s effect from 1st Jan 2020, Illinois became the 11th state to legalize recreational use. You won’t be able to grow your own unless you’re a registered medical marijuana patient, but adults will have legal access to marijuana sold in dispensaries across the state.

Medical Cannabis Use in Schools

School nurses and administrators can now provide medical cannabis to students who are registered patients of the Medical Cannabis Pilot Program (previously, only parents or guardians could do this). It also allows students to administer their own medications at school under the supervision of a school nurse or administrator.

“Ideally, the parents of these students would provide the medications, but it’s often the case that the parents are unable to make it to the school due to other commitments, By giving school nurses the ability to administer these important medications, we can ensure that students across Illinois are getting the proper treatment they require.”

Sex education classes must include age-appropriate discussions on the meaning of consent according to new law. High authority says, “We cannot wait until students go to college or into the workplace to have a discussion about what it means to consent to sexual interaction.”

According to new law, Starting with the 2020-2021 school year, all American history courses in Illinois must include the history of the Prairie State, “It is important that our students learn how our state got to this point, so they can get a deeper understanding of society and, hopefully, join the process of improving Illinois.”

Every baby born in Illinois will soon receive $50 in a 529-style investment account to help pay for their future community college, university or trade school expenses. It’s not a lot of money for any one individual, but the idea is, parents and guardians will get a help to contribute more money to their child’s future education.

While the law takes effect in the new year, the treasurer’s office will spend 2020 setting up the program. The first babies eligible for the $50 seed money will be those who born starting in January 2021.

Public colleges and universities must make mental health and suicide prevention resources readily accessible to students starting in the 2020-2021 academic year because students often feel pressure, whether it be stress from taking out students’ loans, or their efforts to excel in class.

According to law, every woman has certain rights with regard to pregnancy and childbirth, including the right to choose her birth setting and be treated with respect before, during and after pregnancy by health care professionals. The law also requires health care providers, day care centers, community centers and various state agencies to post these rights prominently on their websites.

Single-occupancy public restrooms can no longer indicate use by a specific gender. Instead they are identified for all-gender use and have a sign that says “restroom.”

“Making single-occupancy restrooms gender neutral is inclusive, but it also just makes sense. This measure will also help cut down on bathroom lines and just make life easier in general.”

All cosmetics that have been tested on animals will be banned in Illinois. The new law incentivizes companies to invest in non-animal testing alternatives, which advocates say are less expensive and more applicable to humans.

As per the new law, Kennels that are not staffed at all times and board cats and dogs must be equipped with a fire sprinkler or fire alarm monitoring system that triggers notification to local emergency responders when activated.

Last year, more than 12 million people had their DNA analyzed with direct-to-consumer genetic genealogy tests from online sites which, government thinks, should be private. So, The new law prohibits companies from sharing any test results with health or life insurance companies without the consumer’s written consent.

Illinois prisons must provide educational workshops on voting rights and civics to outgoing prisoners. The law mandates that workshops be held at both adult and juvenile prison facilities to instruct inmates that their voting rights are restored as soon as they finish out their prison sentences.

The Illinois Expressway Safety Act upgrades the more than 600 cameras on state highways to ensure they have recording capabilities and allows for additional cameras to be installed along expressways.

As per new law, foods will be classified as local if they are processed or packaged in Illinois and contain at least one ingredient grown in the state. Previously, foods were considered local only if every ingredient was sourced with the state.

Government establishes a new Clean Water Workforce Pipeline program that will train workers for water-related jobs, such as those required for treating wastewater and replacing lead pipes. The new law aims to providing job training for careers in the water sector, we will help to secure access to both clean water and good jobs for residents across the state.

Although if we see, these new laws are great for state’s betterment but at the same time instead of thinking towards Detention of Population Exodus, government is not taking significant steps for that and, creating laws which are not worthy if there will be no population to get the benefits of that.

We can clearly sense that high taxes and low progress/quality of living, this state is suffering from excessive population decrease but government still behaving like there is no elephant in room and just ignoring the main problems.