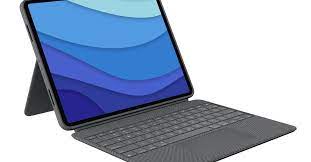 Mac just declared a M1-fueled update to the iPad Pro, and Logitech has circled back to another console and trackpad adornment for the 11-inch and 12.9-inch models. The Combo Touch is a case with a Microsoft Surface-style kickstand and a separable illuminated console with a trackpad. It associates over the iPad Pro’s Smart Connector.

Logitech previously delivered a comparable Combo Touch console for 10.2-inch and 10.5-inch iPads, just as a connected Folio Touch for the 11-inch iPad Pro and 10.9-inch iPad Air. The Folio Touch’s console isn’t separable and its trackpad is somewhat more modest than the new Combo Touch, yet in any case it’s a tantamount item.

This is the first run through Logitech has offered a console/trackpad alternative for the 12.9-inch iPad Pro, notwithstanding, and it’s fundamentally less expensive than Apple’s own Magic Keyboard. The 11-inch model is $199.99 and the 12.9-inch model is $229.99 versus the $299 and $349 that Apple charges, which means you could save about $100 or more on the retail costs.

You may really favor Logitech’s plan, also. It’s not as smooth as the Magic Keyboard, but rather the case will offer better assurance for the iPad, the distinctness and kickstand offers an additional level of flexibility, and the console has a helpful capacity column. The 11-inch model is accessible to pre-request now, while the 12.9-inch form is recorded as “coming soon.”