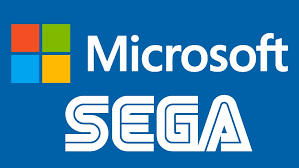 Sega and Microsoft have declared that they have agreed to a “strategic alliance” that will see Sega produce games based on Microsoft’s Azure cloud platform.

Declared in a press release, Sega clarified that the agreement is essential for the organization’s “Super Game” initiative, which intends to make “new and innovative” games with an attention on global online communities.

“This proposed alliance represents SEGA looking ahead, and by working with Microsoft to anticipate such trends as they accelerate further in future, the goal is to optimise development processes and continue to bring high-quality experiences to players using Azure cloud technologies,” said Sega’s statement.

A comparative agreement was made among Microsoft and Sony back in 2019, which likewise focused on the use of the Azure cloud system.

Azure is Microsoft’s cloud computing service. It ought to be noticed that Azure offers a variety of software, platform, and infrastructure services, as Sega’s use of Azure doesn’t really highlight Sega working on games played in the cloud, or a cloud gaming service. The cloud is being used for many aspects of game development, including AI, thus Sega and Microsoft’s partnership has numerous potential results.

Elsewhere in the world from Sega, Yakuza maker Toshihiro Nagoshi as of late affirmed his departure from the organization, and noteworthy Sega games have shown up on Nintendo Switch as part of the Online Expansion Pack.