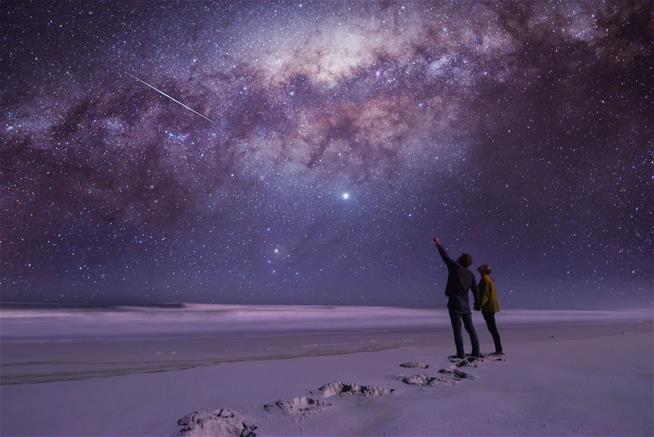 For his whole working life, Richard Ellis has been fixated on discovering when the universe’s first stars started sparkling. Presently, in another examination distributed in the Monthly Notices of the Royal Astronomical Society diary, Ellis and his group at University College London say they’ve pinpointed the beginning of this “cosmic dawn,” taking note of we may even have the option to, in the extremely not so distant future, watch these first systems being conceived, because of another powerful telescope. Per the Guardian, the universe appeared after the Big Bang 13.8 billion years prior, an occasion that was trailed by two or three hundred million years of black dimness. To decide how quite a while in the past it was when stars shaped, Ellis and his partners originally utilized the Hubble and Spitzer space telescopes to inspect starlight from six of the most far off cosmic systems—whose light has taken almost the universe’s whole life to contact us—computing the stars’ ages by taking a gander at the extent of hydrogen molecules in the stars’ air.

Then, at that point, utilizing four of Earth’s biggest ground-based telescopes, the researchers went through 70 hours noticing the worlds to sort out the distance away they really were. Knowing these components, the specialists then, at that point confirmed that the stars in these cosmic systems began sparkling between 250 million to 350 million years after the Big Bang. Ellis tells the Guardian that, on the grounds that the periods of the six universes they inspected were every one of the somewhat unique, it signals there was a slow “switching on” of the stars, as opposed to one gigantic, abrupt driving up. NASA’s James Webb Space Telescope, set to dispatch in the pre-winter, may even be sufficiently incredible to get the birthing of these stars, with pictures conceivable when ahead of schedule one year from now. “The holy grail has been to look back far enough that you would be able to see the very first generation of stars and galaxies,” Ellis tells the BBC. “Now we have the first convincing evidence of when the universe was first bathed in starlight.”