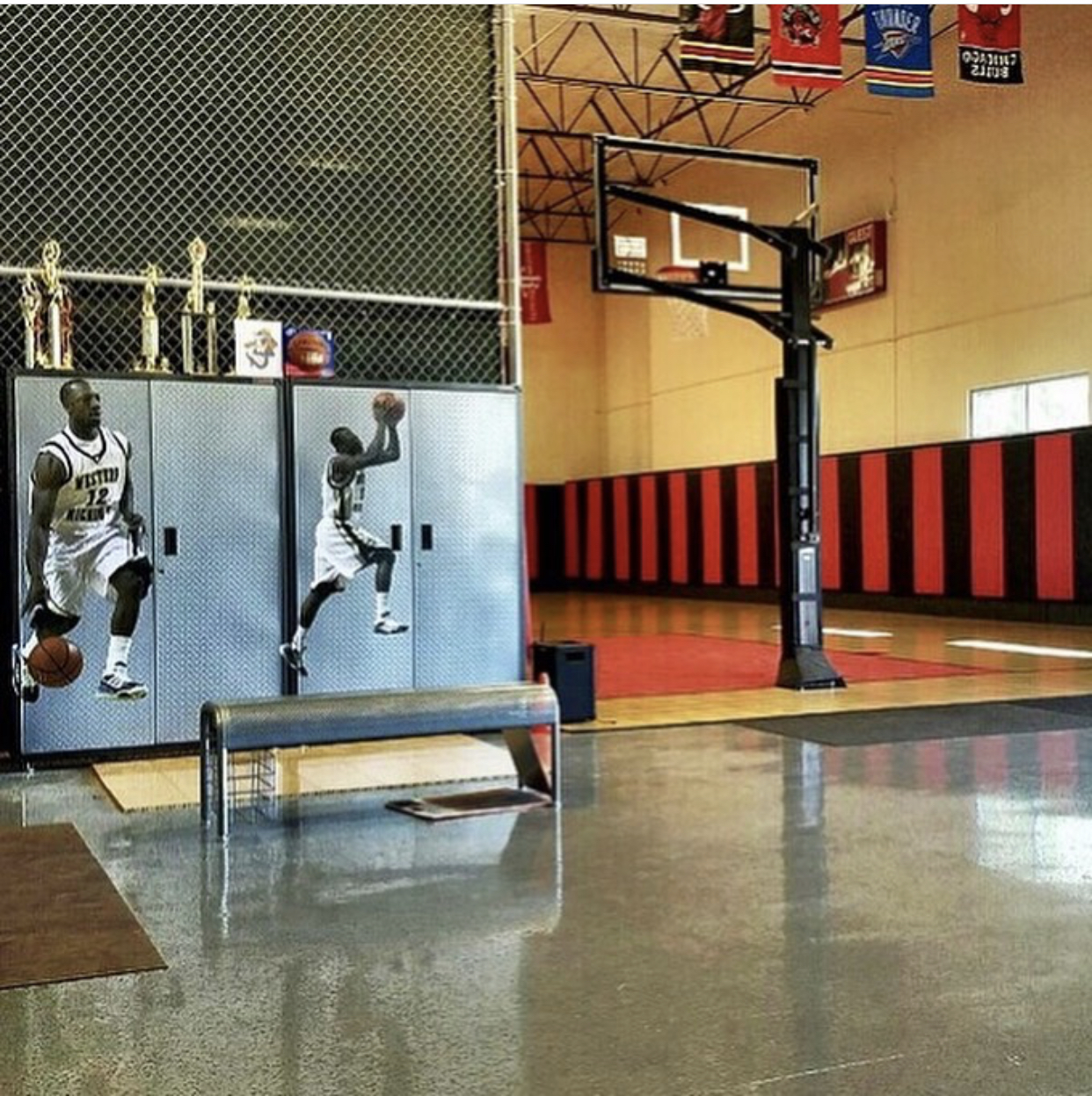 A day in the life of a Division-I college athlete is so entrenched in sport that by the time their eligibility expires, many start to wonder, “OK, now what?”

That question hit home for former Western Michigan basketball player Andre Ricks, who played for the Broncos from 2005 to 2008, graduating with a degree in criminal justice.

A series of ride-alongs with the Kalamazoo Department of Public Safety showed Ricks that the life of a police officer wasn’t for him, so after his time at WMU, he opened an independent men’s clothing business in downtown Kalamazoo called Raw Impact, which specialized in athletic-themed hats and jackets.

“At the time, I was just trying to make ends meet,” Ricks said. “I wasn’t thinking about running a business, just thinking about making something come in because I was out of school, and couldn’t rely on financial aid anymore.

“I was kind of running into a wall. It felt like the world was closing in on me, but I stayed positive and kept working and kept the mentality of trying to make something happen.”

His path is something he hopes can inspire current Division-I athletes who will be looking for a new career when the ball stops bouncing.

“Kids think that if they don’t make it in basketball or football, their life is over, but I’m the perfect example that you can still do what you want to do.”

“My best advice to them is be resourceful,” he added. “Get out and meet people within the community. Your network becomes your net worth, and I think that’s the key to just about anything.

Growing up in Detroit’s legendary Kronk Gym as the son of professional fighter and nephew of world champion pugilist Thomas Hearns, Ricks’ first love was boxing, but his family forbid him from entering the ring.

“One thing my dad and Thomas always said is that they didn’t want me to pick up the gloves because I couldn’t get a scholarship doing that,” Ricks said. “Upstairs in the gym, there was a basketball court, so I had a choice — sit in a sweaty gym watching guys do something I never could do, or go upstairs and play basketball.

“I felt like it was something I was meant to do.”

Topping out at 5-foot-9, Ricks didn’t have the prototypical basketball frame, but he had a toughness that came from watching his relatives in the ring and from playing high school ball in the Detroit Public School League at Detroit Pershing.

“He was an undersized guard, and guys like that — in order to play D-I ball, you have to have a chip on your shoulder and a lot of drive,” said WMU coach Steve Hawkins, now in his 16th year with the Broncos. “There has to be a little bit of a me-against-the-world attitude because there are so many doubters when you’re a D-I guard at 5-foot-9.

It was Ricks’ energy and outgoing personality that led Hawkins to believe he would find success in whatever he did after he wrapped up his basketball career as WMU’s sixth man during the 2007-08 season.

“Throughout his time at our place, it was really about just molding all of these personal skills into something he could do for the rest of his life,” Hawkins said. “He’s been blessed with a lot of personal skills that would serve him well no matter what he did, but I thought he had to be pointed in the right direction.”

“If you can find something you enjoy doing, then you’ll never work a day in your life. You have to find what makes you happy and gets you excited to start the day.”

It didn’t take long for Ricks to realize after opening his small clothing business that basketball was his passion, so he reached out to NBA forward Wilson Chandler, an old friend from their AAU days, about serving as the Benton Harbor native’s manager.

Two-time NBA champion Lindsey Hunter met a Ricks at one of his youth basketball camps while he was playing for the Detroit Pistons, and the youngster made enough of an early impression that the two exchanged phone numbers. They stay in contact to this day, and Hunter entrusts Ricks with helping train his sons over the summer in Las Vegas.

“I met Andre when he was a kid, literally,” Hunter said. “He came to one of my basketball camps, and you always look at the guards as far as who stands out and who has a bright future.

“We stayed connected as he got older, and whenever you see someone like Andre, who you’ve watched grow and who is doing great things with our youth, it’s exciting.”

At one point, Ricks dreamed about being an agent for professional athletes, but instead decided his passion was teaching the game to kids and mentoring them in what it takes to play Division-I basketball.

“He’s putting it together piece by piece and has networked himself really well,” Hawkins said. “He knows how to get through to the right people, and now he’s doing a lot of personal training and is putting it in the right spot.

“He’s done a nice job marketing it, and he’s taking the next step, which is an AAU program, so he’s found a way to impact young guys through the game.”

During his journey from Detroit to Kalamazoo to Las Vegas, the lessons of hard work Ricks learned while at WMU have stuck with him every step of the way.

“One thing Western does is instill fight in all its athletes,” he said. “I remember coach Hawkins getting on me when I was tired, telling me to play harder defense. He made me a more mentally strong individual, and that’s something I carry with me every second.

“One of the biggest days was when he came down here to visit my facility for the first time. That made my heart smile.”

Hawkins has visited a few more times since Ricks’ facility opened two years ago, and the WMU coach will be in the city from July 25-27 for the Las Vegas Fab 48, one of the country’s largest AAU tournaments.

After looking at what Ricks has built, he can’t help but see his former player as one of his best success stories.

“He’s self-made as a player and a person,” Hawkins said. “Where he came from in Detroit and what he had when he got to Kalamazoo — he basically showed up with a travel bag, and that was it — so to see him where he is now from that, to say I’m proud of him would be the understatement of the year.

“There’s more than pride. I love him to death.”