Tuesday, 2 March 2021
You are here: Home Are Paris Hilton and Aleks Novakovic still a couple? 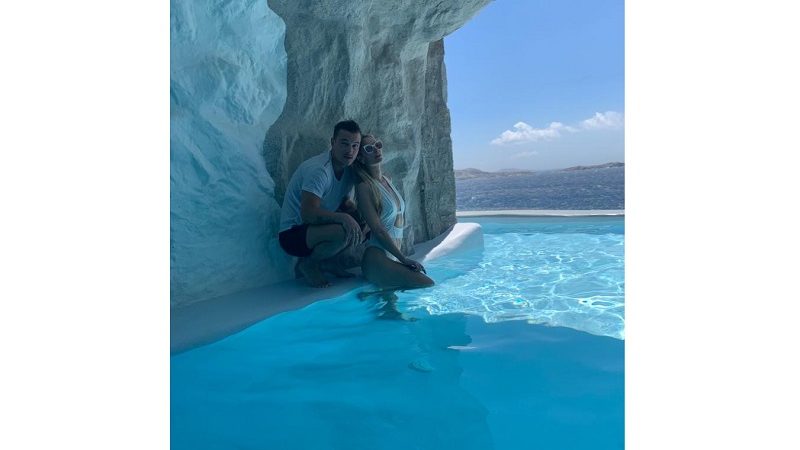 Is the 38-year-old IT girl from the US still dating 29-year-old Alexander Novakovic from Vienna? Although we as press have tried again and again to ask the former FV-08 player personally for an interview, he rejected all requests and does not want to comment personally on his relationship status at the moment. Yet, we have received video and image material from insiders and friends of Aleks, which raise many new questions.

However, his former posts on his Instagram account show, that Paris and Aleks are standing close together on the golden beach of Miami. Miami is also the city where Paris and Aleks first met each other. They also spent both time together on Ibiza and Mykonos, where they should have been become closer together. At the famous Ultra-Event, Aleks and Paris were also reportedly sighted together. Afterwards followed further events, where the two appeared as a couple like for example at the Electric Love Festival. The speculation grew when the 38-year-old hotel heiress kissed the 29-year-old Viennese at Tomorrowland on a stage in front of an audience of millions. Nevertheless, both did not make a public statement on their relationship status at that time.

Paris Hilton also visited Aleks his hometown Vienna, several times. Both spent a wild party night there, if you look at the former Instagram stories of Novakovic and Hilton. Also the Viennese club City4U, published pictures of the IT-girl on their Instagram account. There the 38-year-old is said to have rented a VIP area in the so-called “Seat Platinum Lounge”.

To this day there is still speculation whether the two are in a relationship. We know from insiders that Paris has been wanting children for a while now. The following months will probably provide more clarity on the exciting jet-set life of the 38-year-old.