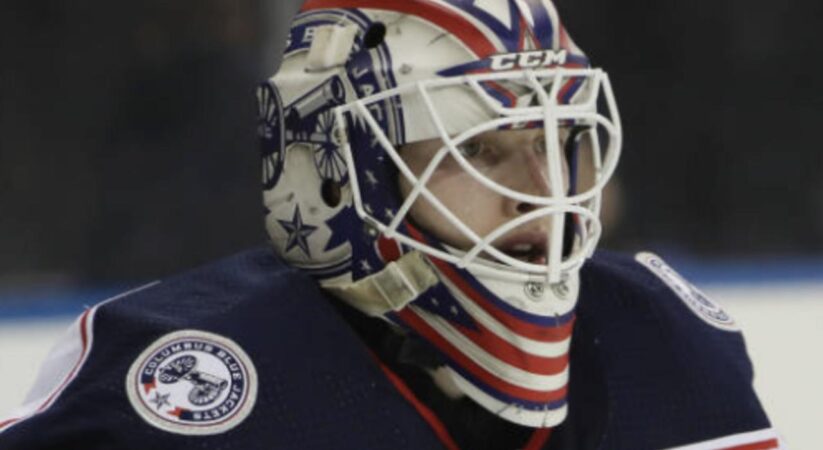 A snapshot of silence was held for Columbus Blue Jackets goaltender Matiss Kivlenieks on Sunday night preceding the beginning of Game 4 of the Stanley Cup between the Tampa Bay Lightning and Montreal Canadiens.

The short tribute preceded the playing of the U.S. also, Canadian national anthems.

“The National Hockey League family mourns the tragic passing of Columbus Blue Jackets goaltender Matiss Kivlenieks. We extend our deepest sympathies to his family, friends and teammates during this difficult time,” the PA announcer said.

The Blue Jackets responded to the tribute immediately after.

“Thank you @NHL, @CanadiensMTL and @TBLightning for that touching tribute,” the team tweeted. “And thank you to everyone in the hockey world for your support today. We love you, Kivi.”

Kivlenieks, 24, passed on Sunday night. A Michigan medical examiner said the reason for his demise was chest trauma from a mortar-style firework blast, not from a fall, which is the thing that police at first revealed.

Lt. Jason Meier of the Novi Police Department said Kivlenieks was in a hot tub when the mortar-style firework shifted somewhat and began to go off toward individuals close by. Police at first believed that Kivlenieks hit his head on concrete while running away from the fireworks.

“We are shocked and saddened by the loss of Matiss Kivlenieks, and we extend our deepest sympathies to his mother, Astrida, his family and friends during this devastating time,” the Blue Jackets president of hockey operations, John Davidson, said in a statement. “Kivi was an outstanding young man who greeted every day and everyone with a smile and the impact he had during his four years with our organization will not be forgotten.”