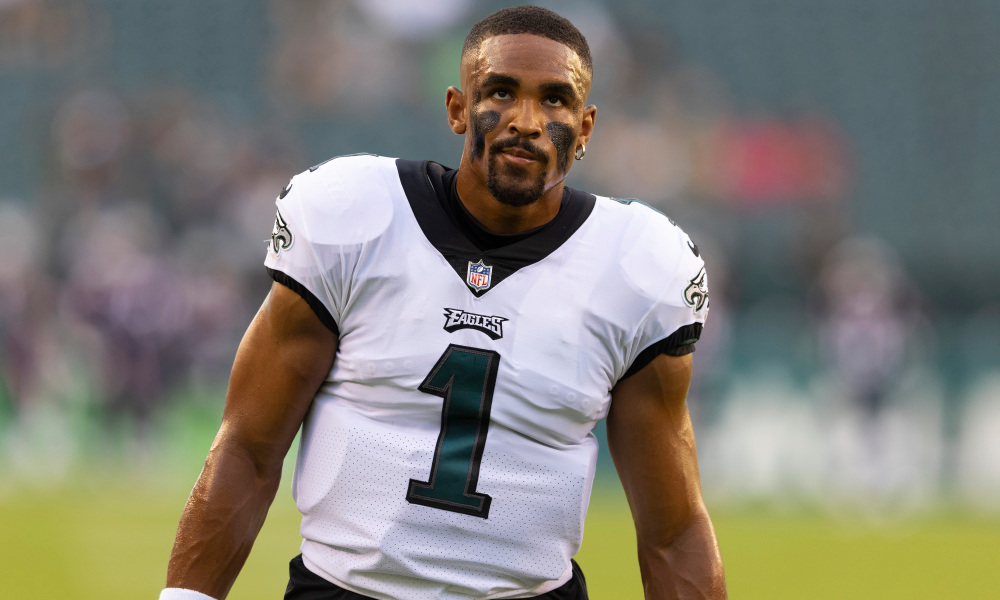 Philadelphia Eagles quarterback Jalen Hurts was a late scratch from Thursday’s 35-0 preseason misfortune to the New England Patriots due to a stomach disease, the team said.

Hurts was taken to a local hospital to be assessed subsequent to experiencing torment in his midsection, as per coach Nick Sirianni. He has since left the hospital and “is fine now,” Sirianni said.

Hurts was advised to remain at home and rest for no less than two days. He tried negative for COVID-19, as indicated by the Eagles.

“For a guy like that to tell us [he was in pain], he’s a tough guy, so it must have been hurting him pretty good,” Sirianni said. “He really wanted to play. And we decided it just wasn’t in the best interest of the team and of him.”

Hurts participated in warm-ups and showed up fine, in any event, dancing between reps now and again, yet didn’t join his partners on the sideline toward the beginning of the game.

Veteran Joe Flacco got the beginning in Hurts’ nonappearance. The night got off to a rough beginning, as backup center Nate Herbig cruised a snap over Flacco’s head, bringing about a turnover. The Patriots scored two plays later on a Damien Harris rushing touchdown.

Flacco completed 10-of-17 for 83 yards and one interception.

Hurts was relied upon to play simply a series or two. Various starters got the night off, including Jason Kelce, Brandon Brooks, Lane Johnson, Fletcher Cox, Darius Slay and Brandon Graham.

Rookie receiver DeVonta Smith made his preseason debut in the wake of sitting out the opener against the Pittsburgh Steelers with a MCL sprain in his left knee. He got two passes for 19 yards on Thursday night.

“It felt good to get back out there, get in a groove,” Smith said. “I’m feeling good.”