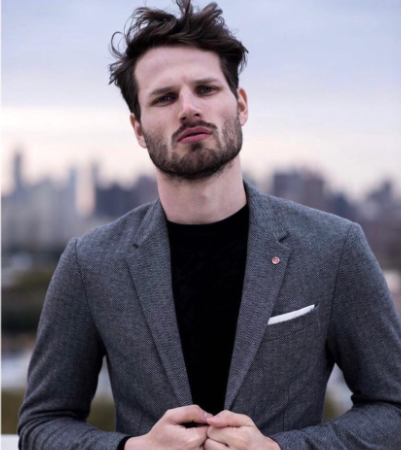 It’s a tough life being a male model in today’s time due to competition. To avoid the unimaginably awful fate of being just another pretty face, strings must be added to that really, really ridiculously good-looking bow.

Today’s most prominent male models are living a totally different life which is healthy, wealthy and more stylish than the past history of male models.

Rather than only wearing the latest fashion trends, we found one who is seriously taking modelling and fashion to a new world with his collaboration and ventures. He is turning his gifted looks cheekbones into social media clout and real-world capital. Meet the men with plenty of brains to match his brawn David Koch.

David Koch started modelling in 2011 from downtown Frankfurt. In just a few weeks time, all the top brands took him as the face of their brand, and we talk about brand its biggest like Calvin Klein and Giorgio Armani.

David Koch has moved to many places to make his career stronger. He collaborated with the biggest brands worldwide. David has been part of many top brands of Milan, Paris, New York and many other places. For him, Germany and the USA have been his two homes. 2018 became a game-changing year for him when he was moving around from Germany to the USA.

This year (2020)he founded my fashion label “David Koch Styles”. He is also a premium sponsor of the German Bundesliga club Remscheider TV JUDO TEAM and an ambassador for the TITAN and Panasonic brands.

This lad is becoming the top name in the modelling world and we feel he is going to rule for many more years due to his perfect looks and sharp brain.