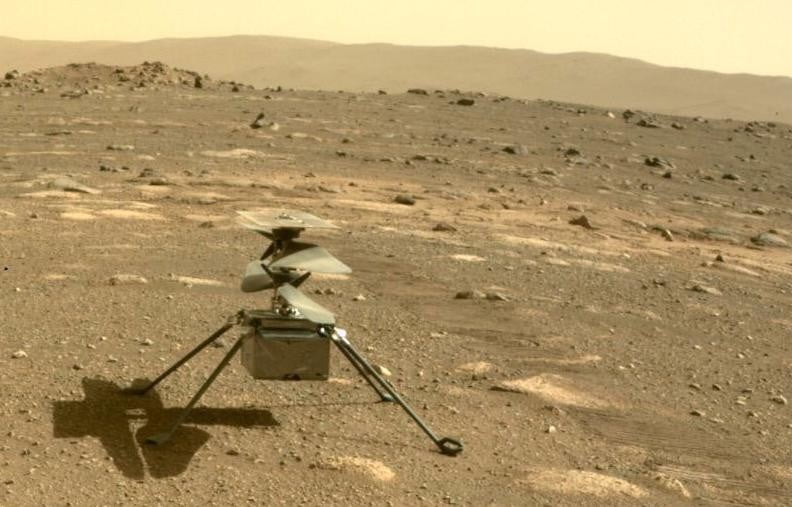 NASA’s overachieving Mars helicopter Ingenuity is having some time off before it endeavors its next flight. The rotorcraft had been scheduled for a brief drifting activity on Sept. 18. “It turned out to be an uneventful flight, because Ingenuity decided to not take off,” said Jaakko Karras, deputy operations lead, in a status update this week.

Ingenuity’s inability to fly was something worth being thankful for. The chopper recognized a peculiarity in two flight-control servo motors while it was running a routine preflight check of its systems.

The flight cancellation implies Ingenuity will do whatever it takes not to take off again until at some point past mid-October. The justification for the lengthy postponement is Mars solar conjunction, when Earth and Mars are inverse each other with the sun in the middle. That can cause communications problems between Earth and our robotic travelers at and around the red planet. NASA will stop the sending of commands between Oct. 2 and Oct. 16.

Ingenuity is confronting a challenging time on Mars as the seasons change, and it needs to make a few changes in how it flies, on account of a decrease in atmospheric density. The rotorcraft successfully finished a high-speed spin test to check whether it’ll have the option to make up for the changes, and that test went just fine. The next step was to attempt a drift, which was the point at which the irregularity happened.

The Ingenuity team is doing some investigating. Karras proposed that moving parts may be giving a few indications of wear since the rotorcraft has flown significantly a larger number of times than initially planned, however there are different potential clarifications for the anomaly.

Ingenuity as of now defeated a technical error and has flourished in the difficult conditions on Mars. Said Karras, “We have a number of tools available for working through the anomaly and we’re optimistic that we’ll get past it and back to flying again soon.”