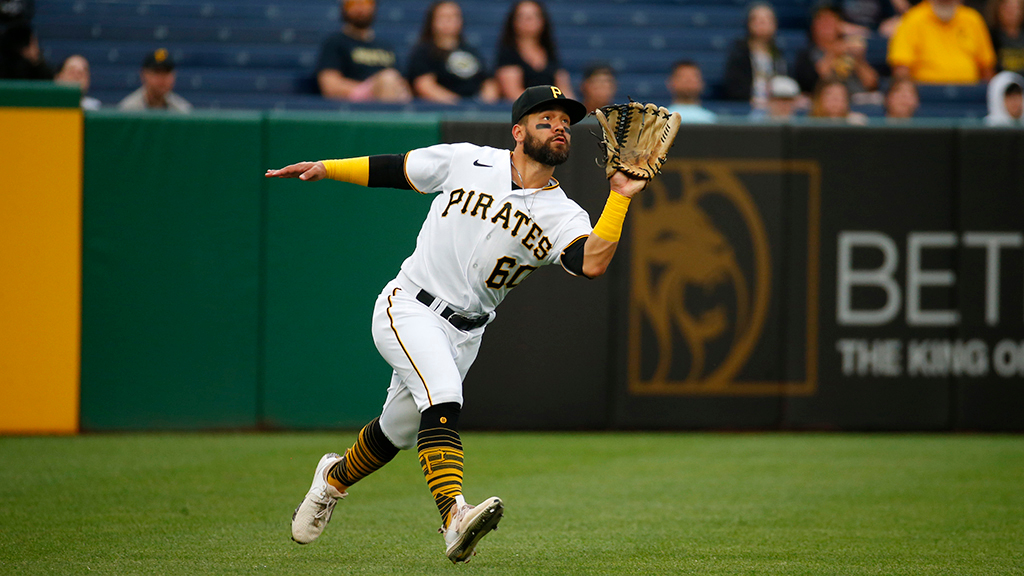 The Pittsburgh Pirates officially signed Yoshi Tsutsugo to a major league deal and made the first baseman/outfielder active for Monday’s game at the Los Angeles Dodgers.

To make room on the list for Tsutsugo, the Pirates on Monday assigned outfielder Ka’ai Tom and first baseman John Nogowski for assignment.

Tsutsugo batted .197/.314/.395 with eight home runs last season for the Tampa Bay Rays however was traded to the Dodgers in mid-May and batted .120 before being optioned to Triple-A Oklahoma City. The Dodgers released Tsutsugo so he could sign somewhere else. Pirates manager Derek Shelton said Tsutsugo will see playing time at first base, left field and conceivably right field.

Tom was first gotten back from his recovery assignment with Triple-A Indianapolis and reinstated from the 10-day injured list. A Rule 5 Draft pick who was asserted off waivers in April from the Oakland A’s, the 27-year-old Tom batted .152/.308/.261 with two doubles, a triple, two homers and 11 RBIs in 39 games with the Pirates. He spent two stretches on the injured list, first with a left wrist injury that sidelined him for 10 days and afterward a low back strain that made him be out since July 3.

Nogowski was procured in a trade from St. Louis on July 5 for cash considerations when first baseman Colin Moran went on the injured list with a fractured left wrist. Nogowski, 28, slashed .261/.325/.351 with seven doubles, one home run and 14 RBIs in 33 games with the Pirates. Nogowski established a strong first impression: In his first 12 games with the Pirates, Nogowski batted .438 (21 for 48); over his last 21, he batted .127 (8 for 63).

“I think with the fact that we got Colin back and he’s been playing at first and the fact of signing Yoshi there, it just came down to lack of at bats there,” Shelton said. “When you make moves and you make roster moves, he ended up unfortunately being the casualty.”