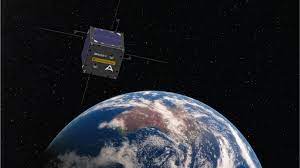 Analysts say the deployment of Western Australia’s first homegrown spacecraft will situate the state as a leader in Australian space investigation.

Weighing in at 1.5 kilograms and comprised of 10-centimeter aluminum modules, the Binar-1 3D cube-shaped satellite is set to be launched into space on Saturday.

It will be aboard a SpaceX rocket carrying supplies from Cape Canaveral in the United States to the International Space Station.

Named after the Noongar word for fireball, Binar-1 was planned and worked by students and designers at Perth’s Curtin University.

A group of 30 undergraduate students at the university’s Space Science and Technology Center were associated with fostering the software and hardware for what will be the first WA-built spacecraft to be conveyed in a space mission.

Subsequent to arriving at the space station, Binar-1 will be launched into orbit where two cameras on board will be utilized to capture pictures of the WA coastline.

It will stay in orbit for 18 months.

The first launch is being utilized to test the technology, yet by 2025 it’s trusted Binar satellites will pass within 20 kilometers of the lunar surface to map the geography of the moon, including minerals and ice deposits, more meticulously.

“It is tremendously exciting to see first-hand the strong partnership between industry and academia that is putting WA in space,” he said.

“The launch of Binar-1 positions WA as a major player in Australia’s space sector, driving the diversification of its economy into a future-focused industry and creating a new, highly skilled workforce with capabilities that are easily transferable between the space and other sectors, such as mining and resources.”

Curtin Professor Phil Bland said the advancement of Binar satellites was set to be reached out to secondary school students in the future.

He said the program had six more launches planned over the next 18 months.

“For context, in its history our nation has only flown 15 Australian-built spacecraft,” he said.

“Our novel design allows us to make spacecraft affordable, and space accessible for WA innovators.”