Thursday, 6 May 2021
You are here: Home graphical Linux applications are next windows subsystem for Linux 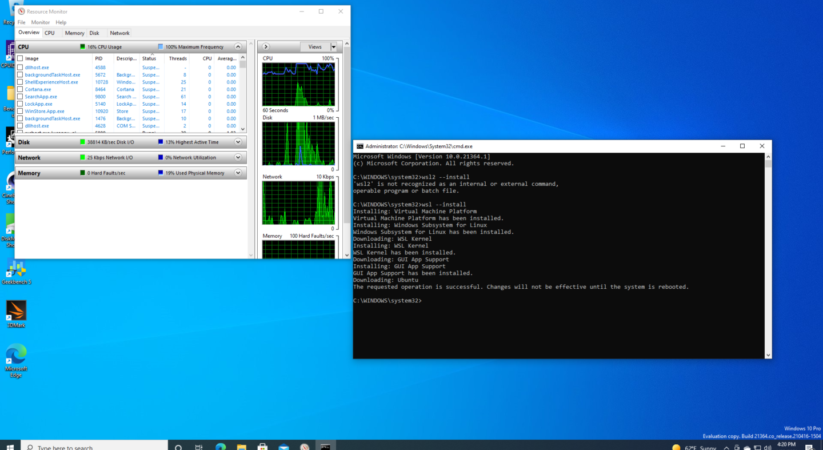 This week, Microsoft dispatched support for graphical and sound Linux applications under the Windows Subsystem for Linux—albeit the new component is just accessible in the Dev channel of Insider works, for the time being. The new component is nicknamed WSLg, and it incorporates both X and PulseAudio workers. We gave WSLg some restricted testing today, and it performed rather well.

In the wake of running adept introduce firefox in the WSL2/Ubuntu terminal, we ran a Ubuntu-seasoned internet browser and played a few recordings on YouTube. We don’t really suggest you base your next HTPC on WSLg—however the recordings were watchable, with nice casing rate and non-skipping sound.

All the more significantly, virt-director functioned admirably on the little Minisforum—in extremely short request, we set up a “virt-ception” by utilizing virt-chief underneath WSL2/Ubuntu running on Windows 10 to get to a Windows VM running under Ubuntu on a machine across the workplace.

We’re a lot of anticipating WSLg making it into creation; running virt-administrator locally under WSLg is as of now a gigantic improvement over introducing an outsider X worker for Windows—ordinarily of questionable quality and backing status—and running X11 sending over SSH to achieve generally exactly the same thing.